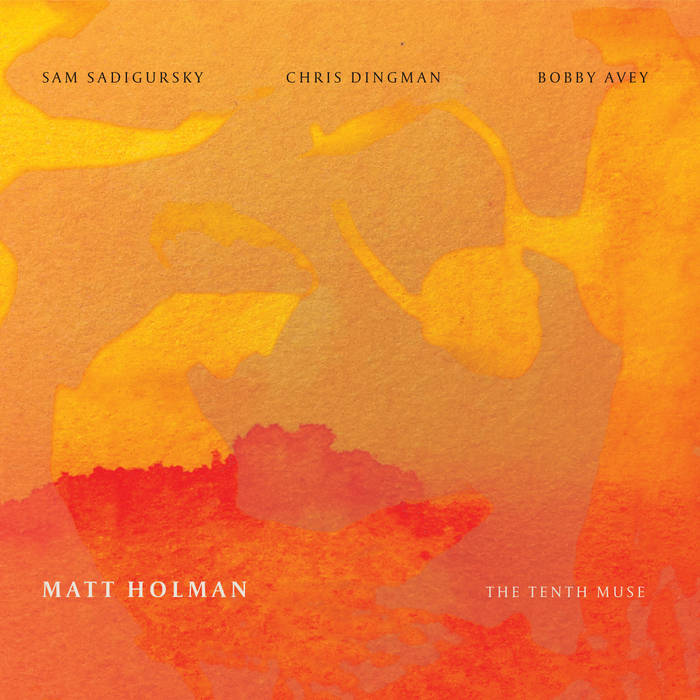 At a time when our world seems to be plagued by divisiveness, it can be comforting to rediscover and reflect on our shared humanity. In the ancient love poetry of the Greek lyrist Sappho, trumpet player/composer Matt Holman has found a trove of writings whose emotions and sentiments feel as timely and passionate today as they did when they were written, more than 2,500 years ago.

On his new album, The Tenth Muse (due out April 7 on New Focus Recordings), Holman bridges the ancient with the modern through 16 ethereal compositions inspired by Sappho’s writings (as translated by Anne Carson). Holman’s pieces take the fragmentary nature of Sappho’s poetry as it has come down to us as a guide for balancing structure and improvisation, clarity and mystery.

Holman initially discovered Sappho’s poetry through his wife, who introduced him to the Greek poetess during the early days of their courtship, the intoxicating period when every aspect of taste and personality is a new discovery. The words that survived from antiquity seemed to reflect his own feelings across a gulf-spanning millennia, while the significant portions that had been lost over time added a sense of entrancing uncertainty.

“I was astounded at the beauty of these fragments,” he recalls. “What exists today is so minimal that the spaces between the words prompt the brain to fill in words and phrases, almost like erasure poetry. Looking at Sappho’s work and finding these beautiful poems, I almost ache on some of them wanting to know what those words were that we’ll never know. For me that was really powerful.”

It also resonated with Holman’s instincts as a composer/improviser, whose own muse subsists on the relationship between the written and the spaces left open for spontaneous invention. To further distance the compositions from his own instincts, Holman devised different systems of cryptograms for each piece – pitches and rhythms associated with specific letters or words (the best known example being J.S. Bach’s coding of his own name into compositions using notes associated with its four letters).

“You have a certain language and certain licks that are characteristically you, which is a good thing, but when you’re trying to create something new you want to start fresh,” Holman explains. “I wanted to have another element outside of my own tendencies. You have to search really hard to find it, almost like it’s the composer’s secret, but I think it adds more depth.”

The music for The Tenth Muse (the title comes from Plato’s adulatory name for the poetess) was written during a residency at the Brush Creek Foundation for the Arts in Wyoming in August 2013. He spent the month working in a refurbished schoolhouse dating from the early 20th century on a scenic 30,000-acre ranch offering outdoor activities and teeming with wildlife. “I had an incredible piano and nature right outside my door,” Holman describes. “Deer would walk by all the time. There was time and there was a vastness to being in Wyoming that allowed a real focus of purpose and connection to nature, a quality that is present in Sappho’s work. All of these poems come from an individual voice, so I strove to capture in the music this sense of solitude. I wanted the music to sound intimate, as if it came from a single individual even if there are moments where it’s multidimensional.”

The Tenth Muse premiered at Dave Douglas’ FONT (Festival of New Trumpet Music) in September 2013. The music is remarkable for its intimacy and fluidity, sliding effortlessly between the composed and the improvised with grace and elegance, though not without a full-blooded urgency. The unusual instrumentation provides an expansive palette, which Holman seizes on in a variety of ways. His trumpet and Sadigursky’s woodwinds are supple and soaring, tethered by the resonant power of Avey’s piano and softened by the gauzy luminescence of Dingman’s vibes.

“I sought to evoke the full range of themes in these fragments,” Holman says. “Some are passionate and devotional, related to love, and others reflect on the awe-inspiring aspects of nature or the power of dreams. Over the course of two millenia, the human condition has remained fundamentally the same. We are still beholden to our desires, still marvel at a vast sky, still suffer over love both in its anticipation and in its loss. In this day and age, we are inundated with images and reminders of what divides us from each other. Sappho’s poetry draws for us the connection between the ancient and the modern, reminding us that even something as simple as a fragment can speak to the depths of our shared humanity.”

Hailed by the great Fred Hersch as “a creative and thoughtful improviser with a world-class sound,” trumpeter Matt Holman has distinguished himself as a composer, conductor, bandleader and top-tier soloist in many of the leading jazz ensembles of our time. Along with his adventurous chamber-jazz recordings, Holman has performed and/or recorded with Darcy James Argue’s Secret Society, the John Hollenbeck Large Ensemble, Fred Hersch’s Leaves of Grass, Bang on a Can’s Asphalt Orchestra, the Joel Harrison Large Ensemble, the JC Sanford Orchestra, New York Voices, Kenneth Salters Haven, the Anna Webber Quartet, Matt Ulery's Loom, Andrew Rathbun, and more. He has earned national and international performance and composition awards including the International Trumpet Guild’s Jazz Improvisation Competition, the Carmine Caruso International Jazz Trumpet Solo Competition, and the 13th annual BMI Foundation’s Charlie Parker Jazz Composition Prize/Manny Albam Commission. A dedicated and passionate educator, Holman served as the Artistic Director of the New York Youth Symphony Jazz Band for six years and currently teaches at Manhattan School of Music and Hunter College.

Khruangbin and Greg Foat stop by with their amazing new LPs.